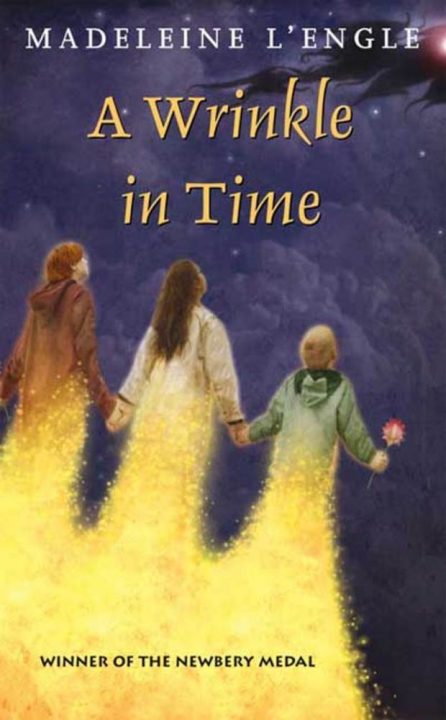 A WRINKLE IN TIME

It was a dark and stormy night; Meg Murry, her small brother Charles Wallace, and her mother had come down to the kitchen for a midnight snack when they were upset by the arrival of a most disturbing stranger.

“Wild nights are my glory,” the unearthly stranger told them. “I just got caught in a downdraft and blown off course. Let me sit down for a moment, and then I’ll be on my way. Speaking of ways, by the way, there is such a thing as a tesseract.”

It was a dark and stormy night; Meg Murry, her small brother Charles Wallace, and her mother had come down to the kitchen for a midnight snack when they were upset by the arrival of a most disturbing stranger.

“Wild nights are my glory,” the unearthly stranger told them. “I just got caught in a downdraft and blown off course. Let me sit down for a moment, and then I’ll be on my way. Speaking of ways, by the way, there is such a thing as a tesseract.”

A tesseract (in case the reader doesn’t know) is a wrinkle in time. To tell more would rob the reader of the enjoyment of Miss L’Engle’s unusual book. A Wrinkle in Time, winner of the Newbery Medal in 1963, is the story of the adventures in space and time of Meg, Charles Wallace, and Calvin O’Keefe (athlete, student, and one of the most popular boys in high school). They are in search of Meg’s father, a scientist who disappeared while engaged in secret work for the government on the tesseract problem.

A Wrinkle in Time is the winner of the 1963 Newbery Medal. It is the first book in The Time Quintet, which consists of A Wrinkle in Time, A Wind in the Door, A Swiftly Tilting Planet, Many Waters, and An Acceptable Time. 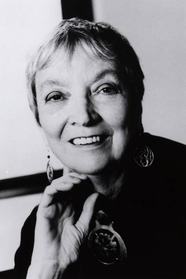 Madeleine L’Engle (1918-2007) was the Newbery Medal-winning author of more than 60 books, including the much-loved A Wrinkle in Time. Born in 1918, L’Engle grew up in New York City, Switzerland, South Carolina and Massachusetts. Her father was a reporter and her mother had studied to be a pianist, and their house was always full of musicians and theater people. L’Engle graduated cum laude from Smith College, then returned to New York to work in the theater. While touring with a play, she wrote her first book, The Small Rain, originally published in 1945. She met her future husband, Hugh Franklin, when they both appeared in The Cherry Orchard. Upon becoming Mrs. Franklin, L’Engle gave up the stage in favor of the typewriter. In the years her three children were growing up, she wrote four more novels. Hugh Franklin temporarily retired from the theater, and the family moved to western Connecticut and for ten years ran a general store. Her book Meet the Austins, an American Library Association Notable Children’s Book of 1960, was based on this experience. Her science fantasy classic A Wrinkle in Time was awarded the 1963 Newbery Medal. Two companion novels, A Wind in the Door and A Swiftly Tilting Planet (a Newbery Honor book), complete what has come to be known as The Time Trilogy, a series that continues to grow in popularity with a new generation of readers. Her 1980 book A Ring of Endless Light won the Newbery Honor. L’Engle passed away in 2007 in Litchfield, Connecticut.

“A Wrinkle in Time is one of my favorite books of all time. I’ve read it so often, I know it by heart. Meg Murry was my hero growing up. I wanted glasses and braces and my parents to stick me in an attic bedroom. And I so wanted to save Charles Wallace from IT.” —Meg Cabot

“A book that every young person should read, a book that provides a road map for seeking knowledge and compassion even at the worst of times, a book to make the world a better place.” —Cory Doctorow

“This imaginative book will be read for a long time into the future.” —Children’s Literature

1. As the novel opens, we learn that Meg is struggling. She is concerned about both herself and the weather as she thinks, “It’s the weather on top of everything else. On top of me. On top of Meg Murry doing everything wrong.” Why does Meg seem so despondent? In what ways does Meg seem to see herself as a mess? Do you think how she feels is a nat-ural reaction based on how other teens feel about themselves? Have you ever felt like Meg? If so, in what ways are her feelings similar to yours, and how do you cope?

2. Why does Meg get into a fight when Charles Wallace is called her “dumb baby brother” by a classmate? What does this indicate about her relationship with her siblings? In what ways does Meg’s fight for Charles Wallace foreshadow events to come later in the story?

3. Meg scolds herself, and while she is afraid, she reminds herself that having the attic bedroom “. . . is a privilege, not a punishment.” Do you have a “privilege” that you sometimes have to remind yourself is indeed that? If so, what is it, and why might you feel about it that way?

4. In what ways is Charles Wallace like Meg? How is he different? Why does he seem to know how to probe his mother’s mind and Meg’s “with frightening accuracy”?

5. What are the challenges the Murry family faces living in a community that doesn’t understand or particularly trust them? Do you believe the people around them are justified in feeling the way they do about them? Why or why not?

6. How are Mrs. Whatsit, Mrs. Who, and Mrs. Which distinguished from one another? Is one of them your favorite? If so, who and why?

7. In what ways does Camazotz resemble Meg’s neighborhood on Earth? What might make it appealing and a place people would choose? What is it about these similarities that are problematic?

8. Consider Mrs. Whatsit’s thoughts of Charles Wallace and how Charles Wallace’s family treats his gifts: “But at least you aren’t trying to squash him down—You’re letting him be himself.” What is it about him that she finds so appealing? What does she imply about how other children are raised? In your opinion, what makes Charles Wallace so extraordinary? Do you know anyone like him?

9. When Meg asks her mother what she thinks of Calvin, her mother replies, “I’m delighted he’s found his way here.” What do you believe Mrs. Murry means by her statement? For Calvin, what does being welcomed into the Murry home really mean to him?

10. If you had the opportunity to time travel, would you? If you could choose the time, what time period would you travel to? The past? The future?

12. Throughout the novel, L’Engle introduces a variety of creatures that do not communicate with words. What are the different ways in which the creatures do so? What message do you believe the author is trying to convey by adding this element to her story?

13. In your opinion, who is the most courageous character in A Wrinkle in Time? Explain your choice.

14. What is the significance of the lack of sight among the beast-like inhabitants of Ixchel? What does Meg learn from interacting with creatures that have no eyes? Beyond considering the beasts that cannot see are not limited in any other way, how does L’Engle make the case that “seeing” can be a very limiting thing for humans? Apply this to our daily lives. How can the ability to see hinder us from true awareness?

15. What is the significance of the gifts that Mrs. Whatsit gives the family? What is it about the gift she gives Meg that is particularly important?

16. Why do you believe Meg is initially angry with her father though she respects him and his work? How does this change the more Meg understands her father’s choices and her role in the mission? Meg states, “It has to be me. It can’t be anyone else.” How does she come to accept or “choose” the task at hand? What does this possibly mean about Meg’s understanding of what must be done to save Charles Wallace? Why must Meg go alone to Camazotz? How is her relationship with Charles Wallace important to her ability to free him?

17. Meg experiences various types of love throughout her adventure. How does her understanding of love develop over the course of the novel?

18. A Wrinkle in Time is often described as a novel about good versus evil. Do you agree? If so, who in the book represents good? Who represents evil? How else would you describe the novel?