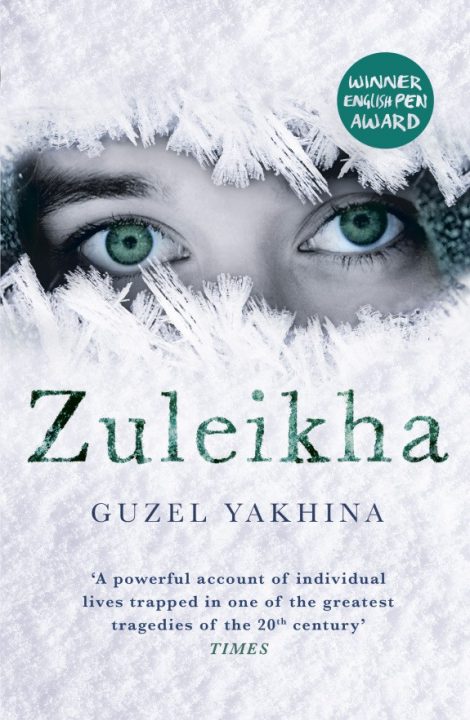 A sweeping, multi-award winning novel set in the aftermath of the Russian Revolution, as gangs of marauding soldiers terrorize and plunder the countryside.

Zuleikha, the ‘pitiful hen’, is living in the home of her brutal husband and despotic mother-in-law in a small Tatar village. When her husband is executed by communist soldiers for hiding grain, she is arrested and sent into exile in Siberia. In the first grueling winter, hundreds die of hunger, cold and exhaustion. Yet forced to survive in that harsh, desolate wilderness, she begins to build a new life for herself and discovers an inner strength she never knew she had.

A sweeping, multi-award winning novel set in the aftermath of the Russian Revolution, as gangs of marauding soldiers terrorize and plunder the countryside.

Zuleikha, the ‘pitiful hen’, is living in the home of her brutal husband and despotic mother-in-law in a small Tatar village. When her husband is executed by communist soldiers for hiding grain, she is arrested and sent into exile in Siberia. In the first grueling winter, hundreds die of hunger, cold and exhaustion. Yet forced to survive in that harsh, desolate wilderness, she begins to build a new life for herself and discovers an inner strength she never knew she had. Exile is the making of Zuleikha. 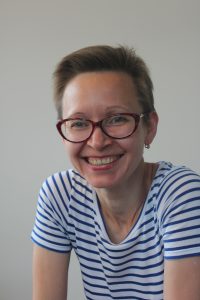 Guzel Yakhina (b. 1977 Kazan, Tatarstan) is a Russian author and filmmaker of Tatar origins. She graduated from the Kazan State Pedagogical University and completed her PhD at the Moscow Filmmaking School. Zuleikha is her first novel.

Lisa C. Hayden‘s translations from the Russian include Eugene Vodolazkin’s Laurus, which won a Read Russia Award in 2016. Laurus and Lisa’s translation of Vadim Levental’s Masha Regina were both shortlisted for the Oxford-Weidenfeld Prize. Her blog, Lizok’s Bookshelf, examines contemporary Russian fiction. She lives in Maine.

Winner of the Big Book Award, the Yasnaya Polyana Award, the Best Prose Work of the Year Award, the Ticket to the Stars Award, and a finalist for the Russian Booker Prize.

“An intimate story of human endurance.” – The Calvert Journal

“Written in a rich and highly visual prose… Zuleikha’s story is one of injustice and pain, but also of a woman’s emancipation and renewal.” – Associated Press

“It is 1930 in the Soviet Union and Josef Stalin’s dekulakization programme has found its pace. Among the victims is a young Tatar family: the husband murdered, the wife exiled to Siberia. This is her story of survival and eventual triumph. Winner of the 2015 Russian Booker prize, this debut novel draws heavily on the first-person account of the author’s grandmother, a Gulag survivor.”
– The Millions, ‘Most Anticipated Books of 2019’

“There’s something that Guzel Yakhina succeeds in transmitting with an amazing, sharp exactness: a woman’s attitude towards love. Not towards a subject of love, but towards love itself.” – Anna Narinskaya, literary critic

“Yakhina’s debut novel has shaken the Russian book world so deeply over its first three years of life that her second book topped the 2018 sales charts alongside international bestsellers by Dan Brown and Jojo Moyes… This tale of a woman who holds onto compassion while enduring atrocity also features cinematic narration and intricate plot construction.” – Meduza, 2019’s top Russia-Related Books

1. What does this novel say about fascism?

2. What do you think about the characterisation of Zuleikha?

3. How does being exiled change Zuleikha’s life? In what ways is this a positive change and in
what ways is it a negative one?

4. How does Zuleikha compare to other Russian epics you have read? What themes do they
share?

5. Would you agree with the notion that weather is as crucial to the story as any of the
characters?

6. Who is your favourite character and why?

7. How does the murder of Zuleikha’s husband affect her?

8. Discuss parental responsibility in this novel.

9. How does Commander Ignatov deal with his involvement in the murder of Zuleikha’s
husband?

It’s as dark as a cellar. Geese sigh sleepily behind a thin curtain. A month-old foal smacks his lips, searching for his mother’s udder. A January blizzard moans, muffled, outside the window by the head of the bed. Thanks to Murtaza, though, no draft comes through the cracks. He sealed up the windows before the cold weather set in. Murtaza is a good master of the house. And a good husband. His snoring booms and rumbles in the men’s quarters. Sleep soundly: the deepest sleep is just before dawn.

It’s time. All-powerful Allah, may what has been envisioned be fulfilled. May nobody awaken.

Zuleikha noiselessly lowers one bare foot then the other to the floor, leans against the stove, and stands. The stove went out during the night, its warmth is gone, and the cold floor burns the soles of her feet. She can’t put on shoes. She wouldn’t be able to make her way silently in her little felt boots; some floorboard or other would surely creak. Fine, Zuleikha will manage. Holding the rough side of the stove with her hand, she feels her way out of the women’s quarters. It’s narrow and cramped in here but she remembers every corner, every little shelf: for half her life she’s been slipping back and forth like a pendulum, carrying full, hot bowls from the big kettle to the men’s quarters, then empty, cold bowls back from the men’s quarters.

How many years has she been married? Fifteen of her thirty? Is that half ? It’s probably even more than that. She’ll have to ask Murtaza when he’s in a good mood – let him count it.

Don’t stumble on the rug. Don’t hit a bare foot on the trunk with the metal trim, to the right, by the wall. Step over the squeaky board where the stove curves. Scurry soundlessly behind the printed cotton curtain separating the women’s quarters of the log house from the men’s … It’s not far to the door now.

Murtaza’s snores are closer. Sleep, sleep, for Allah’s sake. A wife shouldn’t hide anything from her husband, but sometimes she must, there’s no helping it.

The main thing now is not to wake the animals. They usually sleep in the winter shed but Murtaza orders the birds and young animals to be brought inside during cold snaps. The geese aren’t stirring but the foal taps his hoof and shakes his head; he’s awake, the imp. He’s sharp: he’ll be a good horse. Zuleikha stretches her hand through the curtain and touches his velvety muzzle: Calm down, you know me. His nostrils snuffle gratefully into her palm, recognizing her. Zuleikha wipes her damp fingers on her nightshirt and lightly pushes the door with her shoulder. Thick and padded with felt for the winter, the door gives way heavily, and a frosty, biting cloud flies in through the crack. She takes a big step over the high threshold so as not to jinx anything – treading on it now and disturbing the evil spirits would be all she needs – and then she’s in the entrance hall. She closes the door and leans her back against it.

Glory be to Allah, part of the journey has been made.

It’s as cold in the hallway as outside, nipping at Zuleikha’s skin so her nightshirt doesn’t warm her. Streams of icy air beat at the soles of her feet through cracks in the floor. This isn’t what troubles her, though.

What troubles her is behind the door opposite.