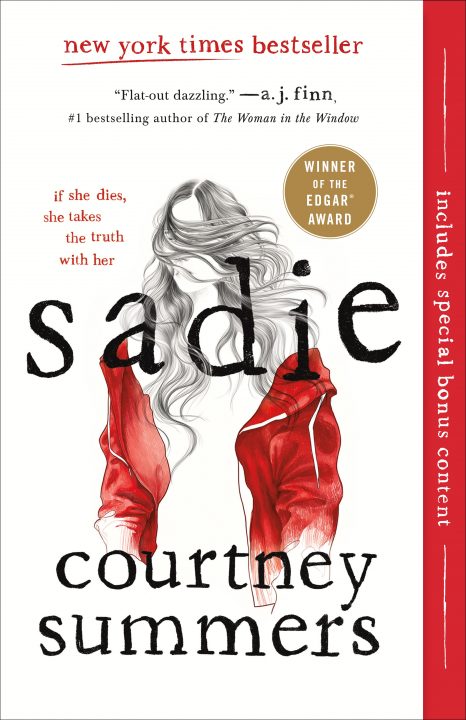 A missing girl on a journey of revenge. A Serial—like podcast following the clues she’s left behind. And an ending you won’t be able to stop talking about. Now with special bonus material!

“Today, WNRK is launching the first episode of our new serialized podcast, The Girls, created and hosted by West McCray.”

When popular radio personality West McCray receives a desperate phone call from a stranger imploring him to find nineteen-year-old runaway Sadie Hunter, he’s not convinced there’s a story there; girls go missing all the time.

A missing girl on a journey of revenge. A Serial—like podcast following the clues she’s left behind. And an ending you won’t be able to stop talking about. Now with special bonus material!

“Today, WNRK is launching the first episode of our new serialized podcast, The Girls, created and hosted by West McCray.”

When popular radio personality West McCray receives a desperate phone call from a stranger imploring him to find nineteen-year-old runaway Sadie Hunter, he’s not convinced there’s a story there; girls go missing all the time. But when it’s revealed that Sadie fled home after the brutal murder of her little sister, Mattie, West travels to the small town of Cold Creek, Colorado, to uncover what happened.

Sadie has no idea that her journey to avenge her sister will soon become the subject of a blockbuster podcast. Armed with a switchblade, Sadie follows meager clues hoping they’ll lead to the man who took Mattie’s life, because she’s determined to make him pay with his own. But as West traces her path to the darkest, most dangerous corners of big cities and small towns, a deeply unsettling mystery begins to unfold—one that’s bigger than them both. Can he find Sadie before it’s too late?

Alternating between Sadie’s unflinching voice as she hunts the killer and the podcast transcripts tracking the clues she’s left behind, Courtney Summers’ Sadie is a breathless thriller about the lengths we go to protect the ones we love and the high price we pay when we can’t. It will haunt you long after you reach the final page. 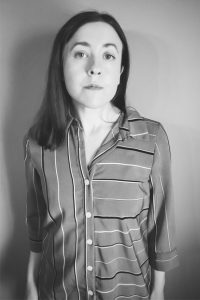 Courtney Summers is the bestselling and critically acclaimed author of several novels for young adults, including Cracked Up to Be, All the Rage and Sadie. Her work has been released to multiple starred reviews, received numerous awards and honors–including the Edgar Award, John Spray Mystery Award, Cybils Award and Odyssey Award–and has been recognized by many library, ‘Best Of’ and Readers’ Choice lists. She lives and writes in Canada.

“Sadie is an electrifying, high-stakes road trip. Clear your schedule. You’re not going anywhere until you’ve reached the end.” —Stephanie Perkins, New York Times bestselling author of There’s Someone Inside Your House and Anna and the French Kiss

1. In what ways does the dual narrative structure of Sadie add to the reading experience?

2. How does the way West describes the town of Cold Creek in the first episode of The Girls set up the tone for the rest of the story?

3. What role do the towns Sadie passes through (Cold Creek, Montgomery, Langford, and Farfield) play in this story? Each town has a distinct description; what do these settings tell you?

4. How does the podcast element add to the overall story of Sadie?

6. What forces are working against Sadie? What obstacles has she had to overcome in order to survive?

7. Out of all the people whom Sadie comes across in her journey, which person (or people) do you think has the most effect on her? And whom do you think Sadie affected the most; why?

9. What do you think Sadie would say to West if they ever met in person? Do you think she’d like him? Would she trust him with her story?

10. At the end of the book, what do you think happened to Sadie?

“Girls go missing all the time. Restless teenage girls, reckless teenage girls. Teenage girls and their inevitable drama. Sadie had survived a terrible loss, and with very little effort on my part, I dismissed it. Her. I wanted a story that felt fresh, new and exciting and what about a missing teenage girl was that? We’ve heard this story before.”

So admits West McCray, the popular radio personality who inadvertently finds himself on the hunt for a missing girl, Sadie, and who shares his quest to find her on a serialized podcast called The Girls.

One of the earliest things I had to consider when writing Sadie was the way the world would receive her story—not only the world beyond the book, but the world within it. We live in a time where violence against women and girls is often consumed as a form of entertainment. The consequence of that is an indifference to female pain and suffering unless we’re entertained by it.

West, at first, can’t recognize the urgency of Sadie’s story because he doesn’t believe it has much of a hook. He’s proven wrong pretty quickly, but why did he ever think it needed one?

As he follows the trail of clues Sadie’s left behind, West is forced to take a closer look at the privilege that allowed him his initial skepticism and indifference; maybe, just maybe, it’s not a missing girl’s responsibility to entertain anyone.

Maybe the real question is: what is our responsibility to a missing girl?

Thank you so much for reading Sadie.