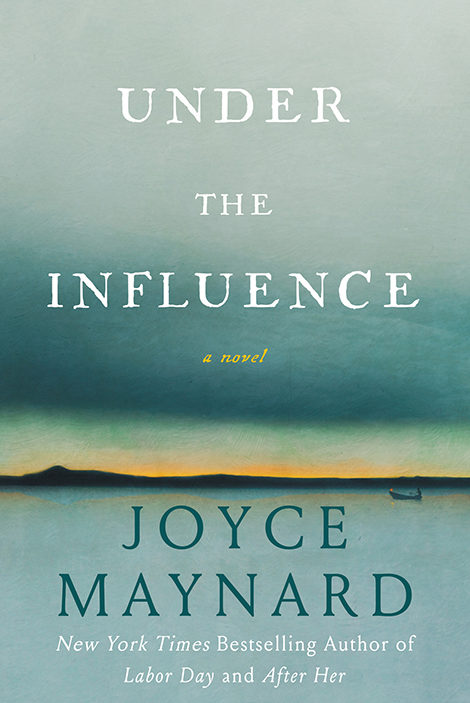 The New York Times bestselling author of Labor Day and After Her returns with a poignant story about the true meaning—and the true price—of friendship.

Drinking cost Helen her marriage and custody of her seven-year-old son, Ollie. Once an aspiring art photographer, she now makes ends meet taking portraits of school children and working for a caterer. Recovering from her addiction, she spends lonely evenings checking out profiles on an online dating site. Weekend visits with her son are awkward. He’s drifting away from her, fast.

When she meets Ava and Swift Havilland,

The New York Times bestselling author of Labor Day and After Her returns with a poignant story about the true meaning—and the true price—of friendship.

Drinking cost Helen her marriage and custody of her seven-year-old son, Ollie. Once an aspiring art photographer, she now makes ends meet taking portraits of school children and working for a caterer. Recovering from her addiction, she spends lonely evenings checking out profiles on an online dating site. Weekend visits with her son are awkward. He’s drifting away from her, fast.

When she meets Ava and Swift Havilland, the vulnerable Helen is instantly enchanted. Wealthy, connected philanthropists, they have their own charity devoted to rescuing dogs. Their home is filled with fabulous friends, edgy art, and dazzling parties.

Then Helen meets Elliott, a kind, quiet accountant who offers loyalty and love with none of her newfound friends’ fireworks. To Swift and Ava, he’s boring. But even worse than that, he’s unimpressed by them.

As Helen increasingly falls under the Havillands’ influence—running errands, doing random chores, questioning her relationship with Elliott—Ava and Swift hold out the most seductive gift: their influence and help to regain custody of her son. But the debt Helen owes them is about to come due.

Ollie witnesses an accident involving Swift, his grown son, and the daughter of the Havillands’ housekeeper. With her young son’s future in the balance, Helen must choose between the truth and the friends who have given her everything. 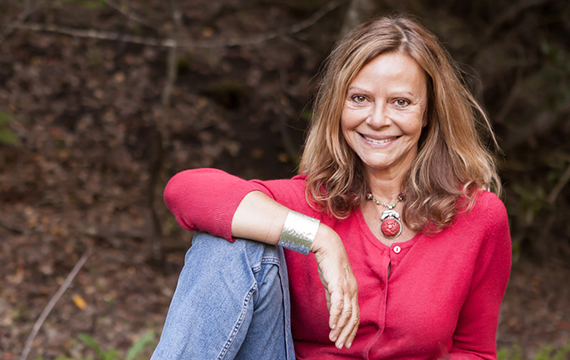 Joyce Maynard is the author of eight previous novels, including To Die For, Labor Day, The Good Daughters, and four books of nonfiction. Her bestselling memoir, At Home in the World, has been translated into sixteen languages. She lives in California.

“Maynard’s latest is illuminating and mesmerizing, highlight not only differing definitions of friendship, but the shades of gray between right and wrong and the lengths to which some will go to protect their self-interest.” —Publishers Weekly

“My to-do list had umpteen items on it, but I let them all go to hell as I tore through Joyce Maynard’s latest page-turner. . . . To-do list? What to-do list? Under the Influence is a riveting read.” —Wally Lamb

“It’s a story about the pull of consuming friendships, of seeking to escape into the lives of others, of possession and illusion — and you will not be able to put it down until Maynard herself releases you. Utterly captivating.” —Megan Abbott, Edgar Award-winning author of Dare Me and The Fever

1. In the opening chapter of Under the Influence, Helen catches sight of Ava in a passing car, years after the events that take place in the rest of the novel. What is the significance of this fleeting glimpse? How have both Ava and Helen changed in the intervening time?

2. Both Helen and Elliott had difficult and painful childhoods, and each found different ways of coping with their childhood memories. Is one a healthier approach than the other? How have their childhoods shaped the adults they are today?

3. Helen describes being drawn to “one small odd thing…the thing you don’t expect. That fragment in the landscape out of keeping with the rest.” Is it ironic that, given Helen’s talent for photography, she is oblivious to so many warning signs? What blind spots does Helen possess despite her photographer’s eye?

4. Helen blames herself and her actions for the loss of her son. Do you think Helen should or could have fought harder to regain custody? What factors play into her acceptance of the custody agreement?

5. What initially draws Helen to the Havillands? Do you think she would have been so readily attracted to them at a less vulnerable time in her life?

6. When Helen considers why Ava picked her as a friend, she reflects that “maybe it was simply that I needed rescue, and Ava had a habit of taking in strays.” What role do the Havillands’ dogs play in the novel? How does Ava’s attitudes toward animals compare with how she treats people like Helen, Carmen and Estella?

7. After she meets Elliott, Helen finds happiness, but she worries that she is missing out by “opting for simple, uncomplicated contentment over large and extraordinary passion.” Why does Helen second-guess her relationship with Elliott? Do you agree with Ava’s romantic advice: “Don’t settle”?

8. When Helen tells Elliott about the Havillands, she says, “I owe them so much.” What, if anything, does Helen actually owe the Havillands at this point in the novel? Are her feelings of indebtedness justified?

9. Late in the novel, Ava and Swift befriend another woman, Felicity. What role does Ava’s new protégée play in the story? How does her introduction into the Havillands’ inner circle hint at the events to come?

10. Ava’s planned 60th birthday party for Swift is a bold, public romantic gesture. How does this over-the-top statement compare with Elliott’s much more private gesture of his love and loyalty for Helen, one that she learns about only afterwards? What do their actions reveal about their characters?

11. What did you think of the revelation about how Ava came to be paralyzed? Did you give thought to how it happened?

12. During her last visit to the house on Folger Lane, Helen takes the small sculpture of the “joyful fornicators.” What is the significance of her decision to take this piece in particular?

13. When Helen reflects on Ollie’s accomplishments in swimming, she notes, “This, at least, we owe to Swift Havilland.” Are there any other positive outcomes from Helen and Ollie’s time with the Havillands? How has the experience changed both Helen and Ollie?

14. Under the Influence closes with some ambiguity about Helen and Elliott’s relationship. What do you think will happen next? What do you hope will happen?