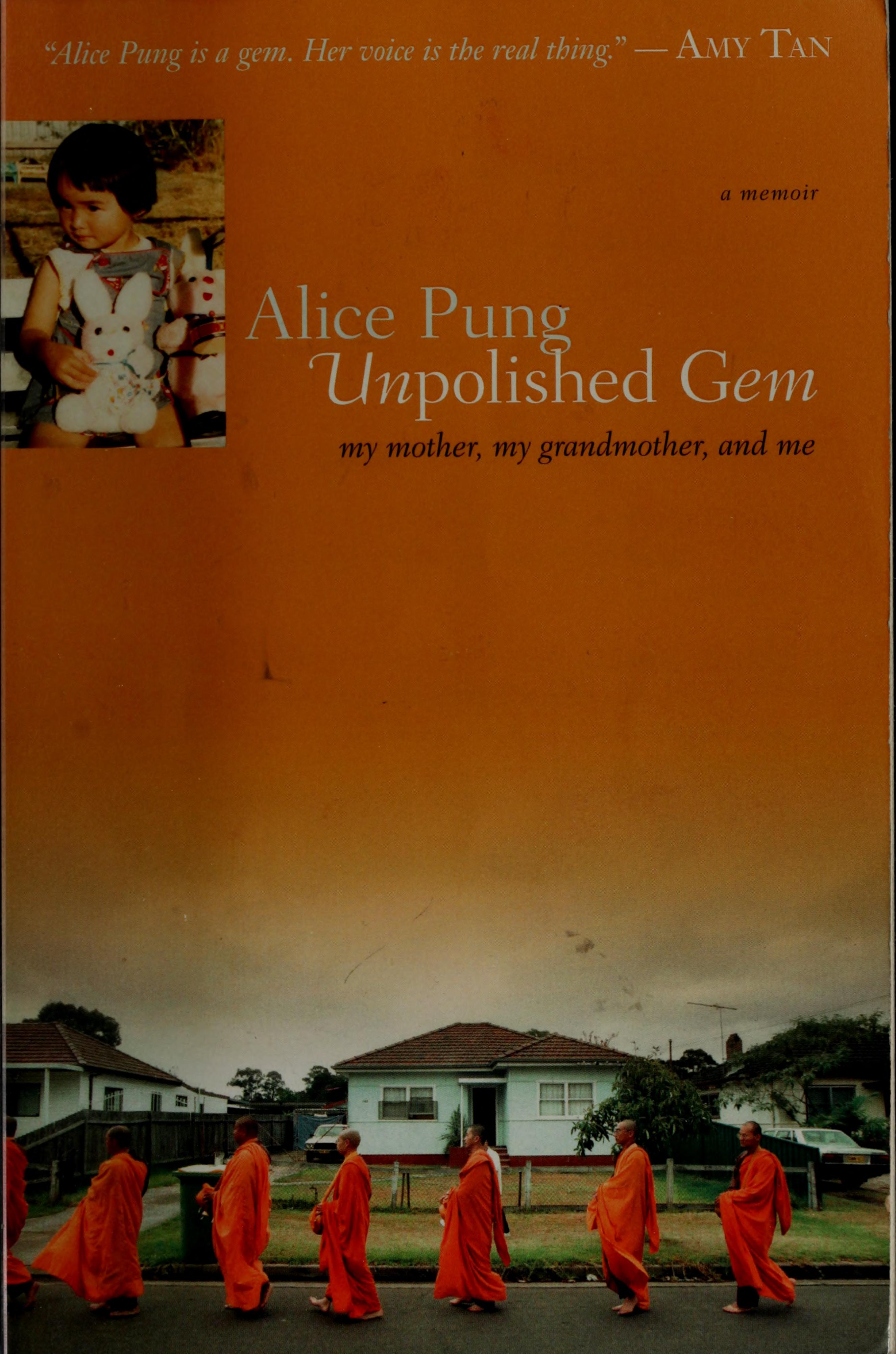 My Mother, My Grandmother, and Me

After Alice Pung’s family fled to Australia from the killing fields of Cambodia, her father chose Alice as her name because he thought their new country was a Wonderland. In this lyrical, bittersweet debut memoir—already an award-winning bestseller when it was published in Australia—Alice grows up straddling two worlds, East and West, her insular family and the Australia outside. With wisdom beyond her years and a keen eye for comedy in everyday life, she writes of the trials of assimilation and cultural misunderstanding, and of the tender but fraught relationships between three generations of women trying to live the Australian dream without losing themselves.

After Alice Pung’s family fled to Australia from the killing fields of Cambodia, her father chose Alice as her name because he thought their new country was a Wonderland. In this lyrical, bittersweet debut memoir—already an award-winning bestseller when it was published in Australia—Alice grows up straddling two worlds, East and West, her insular family and the Australia outside. With wisdom beyond her years and a keen eye for comedy in everyday life, she writes of the trials of assimilation and cultural misunderstanding, and of the tender but fraught relationships between three generations of women trying to live the Australian dream without losing themselves. Unpolished Gem is a moving, vivid journey about identity and the ultimate search for acceptance and healing, delivered by a writer possessed of rare empathy, penetrating insight, and undeniable narrative gifts.

Alice Pung was born in Australia in 1981, one month after her parents migrated from Cambodia. She is now a Melbourne-based writer and lawyer. Unpolished Gem is her first book.

“Alice Pung is a gem. Her voice is the real thing.” —Amy Tan, bestselling author of The Joy Luck Club

“Revelations about her painful adolescence and bouts with depression are brutally honest and recounted with superlative narrative skills.” —USA Today

“A fascinating book about the place that is known only by the second-generation immigrant—the place between. Alice Pung tells her story with a keen intelligence, an observant precision, and a transformative grace.” —Karen Joy Fowler, bestselling author of The Jane Austen Book Club

When Alice’s mother, father, aunt, and grandmother arrive in Australia, they are amazed by the shared wealth of its citizens and the generosity of the government when it comes to housing, feeding, and educating the fast-growing immigrant population. How does Pung convey the extent of her family’s first impression of Australia and, as her grandmother calls it, “Father Government”?

Pung describes in great detail how her mother and paternal grandmother used her as a weapon against one another. Who did you sympathize with more—Alice’s grandmother or her mother? Was either woman more or less justified in her suspicion of the other? Was any of their behavior concerning Alice justified?

Pung provides the story of her deceased aunt, Little Brother, as a kind of evidence to support or explain her grandmother’s actions later in life, during Alice’s childhood. What did you find most moving about this passage? How does the chapter work toward changing or deepening your understanding of Alice’s paternal grandmother?

Partly because of the family’s economic situation and partly because it satisfies a psychological need, Alice’s mother works out of their home by making and selling gold jewelry. This leaves young Alice responsible for the upbringing and care of her younger siblings—a situation that is not uncommon for children of immigrants, but one that deprives her of an extended childhood and a carefree adolescence nonetheless. Discuss the conflict that Alice feels throughout her primary and secondary school years—how she feels the desire to lead the “normal” life of an Australian child, but her family’s traditions, expectations, and economic and social situation prevent this from happening.

Similarly, discuss the scene at Alice’s graduation from high school, where her parents and the other immigrant parents realize that their children’s experience has not been that of typical Australian teens. What irony is present in this moment? Do you think Alice derives a kind of satisfaction or validation from her parents’ epiphany?

Eventually, the rigors and dangers of jewelry making outweigh the benefits it brings to the family, and Alice’s mother is forced to put this vocation aside. At this point, her husband’s business provides them with a strong income, so she doesn’t need to take on another occupation—but she wants one desperately. Discuss this need to continue working and the effects it has on her relationship with her family. Consider, too, her relationship to employment: Why is it important to Alice’s mother that she continues to work? What does her refusal to retire reveal about her emotional and psychological state at this point in her life?

Alice’s romantic life as a teen and a young adult is dictated less by her own whims and desires and more by those of her parents and neighbors. Consider the limitations this places on the relationships she forms outside her family, and in particular her romance with Michael. How easy or difficult was it to understand her choice at the end of the book, when she breaks up with Michael? How great a toll would Alice have had to pay if she had continued dating him?

Likewise, Alice’s program of study while at college and her career choice are dictated by her parents’ desires and expectations. Do you see any of her acquiescence as a survival tactic?

The book’s epilogue takes place during the anniversary of her paternal grandmother’s passing. How is this a fitting capstone to Pung’s memoir? What aspects of the book does it highlight or signify, and what does it indicate about Alice’s future? What, too, does it reveal about the different generations of Pung’s family and the power of her heritage?

Discuss the ways Pung combined humor with the more serious aspects of her story. Was her voice unique? At what points in the book was it most engaging?

What did you learn from this book that you didn’t know before? Weigh the importance of the memoir in our culture today: What does creative nonfiction offer us that other genres do not? How many memoirs have you read before this book, and how does this story compare with those others? How does this tale compare with fiction you’ve read previously?