In 1942, after Mahatma Gandhi asks Indians to give one family member to the freedom movement, ten-year-old Anjali is devastated to think of her father risking his life for the freedom struggle.

But it turns out he isn’t the one joining. Anjali’s mother is. And with this change comes many more adjustments designed to improve their country and use “ahimsa”—non-violent resistance—to stand up to the British government. First the family must trade in their fine foreign-made clothes for homespun cotton, so Anjali has to give up her prettiest belongings. Then her mother decides to reach out to the Dalit community,

Alfonso Jones can’t wait to play the role of Hamlet in his school’s hip-hop rendition of the classic Shakespearean play. He also wants to let his best friend, Danetta, know how he really feels about her. But as he is buying his first suit, an off-duty police officer mistakes a clothes hanger for a gun, and he shoots Alfonso.

When Alfonso wakes up in the afterlife, he’s on a ghost train guided by well-known victims of police shootings, who teach him what he needs to know about this subterranean spiritual world. Meanwhile, Alfonso’s family and friends struggle with their grief and seek justice for Alfonso in the streets. 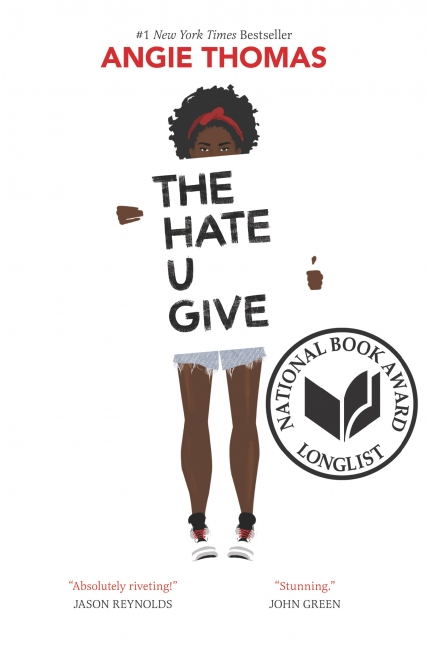 Sixteen-year-old Starr Carter is thrust into the national spotlight after her childhood friend is killed by a white police ofﬁcer after a routine trafﬁc stop. As she works through her grief and her relationships with family and friends, she must navigate the vastly different worlds of her suburban private school and her poor, urban neighborhood. This gripping debut echoes conversations about police brutality dominant in the news and moves readers beyond Twitter hashtags.

Winner of the 2017 Pulitzer Prize for General Nonfiction

In Evicted, Harvard sociologist and MacArthur “Genius” Matthew Desmond follows eight families in Milwaukee as they struggle to keep a roof over their heads. Hailed as “wrenching and revelatory” (The Nation), “vivid and unsettling” (New York Review of Books), Evicted transforms our understanding of poverty and economic exploitation while providing fresh ideas for solving one of 21st-century America’s most devastating problems. Its unforgettable scenes of hope and loss remind us of the centrality of home,

An Indie Next pick, an Okra 2016 Winter Selection, and a SIBA Bestseller!

Fallen Land is Taylor Brown’s debut novel set in the final year of the Civil War, as a young couple on horseback flees a dangerous band of marauders who seek a bounty reward. Callum, a seasoned horse thief at fifteen years old, came to America from his native Ireland as an orphan. Ava, her father and brother lost to the war, hides in her crumbling home until Callum determines to rescue her from the bands of hungry soldiers pillaging the land,

The best-selling author of Girl Waits with Gun and Lady Cop Makes Trouble continues her extraordinary journey into the real lives of the forgotten but fabulous Kopp sisters.

Deputy sheriff Constance Kopp is outraged to see young women brought into the Hackensack jail over dubious charges of waywardness, incorrigibility, and moral depravity. The strong-willed, patriotic Edna Heustis, who left home to work in a munitions factory, certainly doesn’t belong behind bars. And sixteen-year-old runaway Minnie Davis, with few prospects and fewer friends, shouldn’t be publicly shamed and packed off to a state-run reformatory.