Robert Kurson recently gave a reading at our homebase in Madison, 702WI, and kindly took the time to answer a few questions. His newest book, Rocket Men, tells the riveting inside story of three heroic astronauts who took on the challenge of mankind’s historic first mission to the Moon.

702WI: What book changed your life?
Robert Kurson: The Denial of Death by Ernest Becker

702WI: What book did you most recently recommend to someone else?
RK: Conspiracy by Ryan Holiday
Patrimony: A True Story by Philip Roth

702WI: What was your favorite book when you were a child?
RK: Sherlock Holmes stories by Arthur Conan Doyle 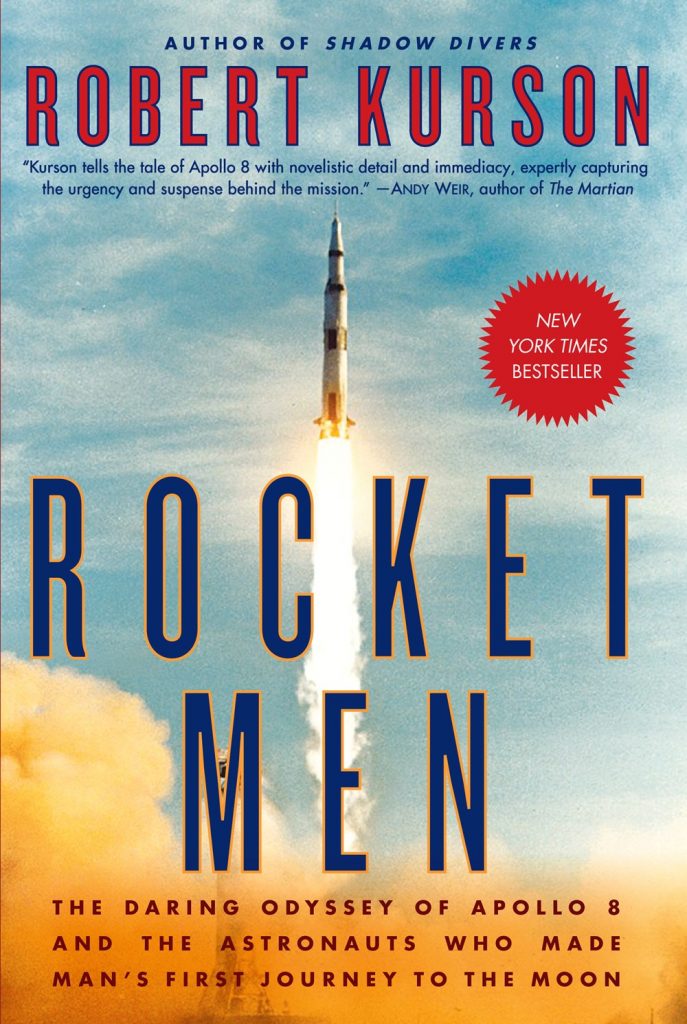 702WI: What book/s could you never part with? Think “stranded-on-a-desert-island” books.
RK: The Black Swan by Nassim Nicholas Taleb
Socratic Dialogues by Plato
Crime and Punishment by Dostoevsky

702WI: Were you ever embarrassed about a book you loved?
RK: Never!

702WI: Do you have a favorite musician or genre of music?
RK: The Beatles and NRBQ

702WI: What do you wish you knew more about?
RK: The origin of the universe

702WI: Given the choice of anyone in the world, whom would you want as a dinner guest?
RK: Martin Rees (British cosmologist and astrophysicist)

702WI: Can you share a favorite line from a creative work (book/play/film/song)?
RK: “That rug really tied the room together” – The Big Lebowski

702WI: What is something you know about or have heard about Madison or Wisconsin?
RK: The marzipan crullers melt in your mouth if you arrive at the Farmer’s Market before 8 a.m.