Avi talks about war, childhood, and his inspiration for The Button War.

In The Button War, master of historical fiction Avi delivers a fierce account of the boys in a war-torn Polish village who are determined to prove themselves with a simple dare that spins disastrously out of control. Reading Group Choices interviewed him about the book, his methodology for writing, and the culture created in his striking novel.

Reading Group Choices: Why did you pick buttons as the object of the boys’ dare in The Button War? They are obviously accessible enough to the boys that they can get away with taking them most of the time, yet they are dangerous enough that their theft ends up costing two of the boys their lives. Are there any other reasons for choosing buttons?

Avi: The Button War, as a novel, has its origins in a story my late father-in-law told me about a time—during World War I—when he and his friends collected soldiers’ buttons from the various invading armies who came into his Eastern-European village.  Thus, my choice of buttons was merely an extension of that memory. 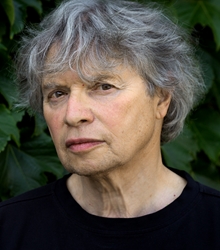 RGC: When Patryk sees the first aeroplane fly over his village, he thinks of it as a dark bird. All of the boys acknowledge that three consecutive owl hoots mean bad luck. And some of the boys’ buttons have birds engraved on them. Could you speak to the significance of bird imagery in The Button War?

Avi: To be perfectly honest, until this question was put forward, the thought of bird imagery as symbolic never occurred to me. The eagle, since Roman times, has long been an emblem of strength.  Indeed the bald eagle is an official emblem of USA might.  {Benjamin Franklin suggested a wild turkey.}

RGC: One might say that Jurek’s button contest provides an analogy for the escalation of violence and pointlessness of conquest in war. Did you intend this analogy? Could the contest stand for anything else?

Avi: I have never consciously written allegorical stories. That said, I think of war as (not always) pointless. World War I was pointless to a horrific degree, and astonishingly destructive—nineteen million died, perhaps a conservative number.  A good case can be made that it has never ended, that it is still going on.

RGC: Can you describe the effect of the Great War on your personal psyche? Did learning more about it for this book change your perception of current conflicts in the world today?

Avi: If you read history—as I do—it’s easy to believe that World War I fundamentally altered the international world order in such a way that it led to World War II, and the (seemingly) never-ending conflicts in what we call the Middle East. It brought about the end of a number of empires, the Russian, German, Ottoman, Austrian-Hungarian, and eventually the British Empire.  Much chaos resulted.  It engendered Fascism, and Communism.  It did much to turn the USA into a major world power, economically and militarily.

RGC: The Button War tells the story of people who are caught in the middle of large struggles. Macroscopically, Patryk’s village is one big casualty in the German and Russian conquests, while microscopically, the most innocent of characters, Drugi, dies after his failed participation in the button contest. What would you have to say to characters like Drugi and Patryk and the rest of their village, who lose everything due to a war that traveled to their doorsteps?

Avi: Societies are generally run by ego-driven adults. Children, more often than not, are the victims.  In a situation like war, it is the adults who should care for the children.  The children can generally do nothing but try to survive. 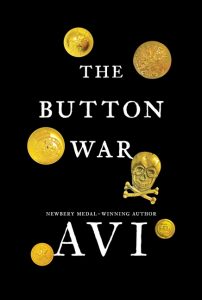 RGC: Did you find yourself relating to Patryk as you wrote this novel? Did you grow up with a large group of friends like he did and experience the insidious influence of groupthink?

Avi: The writer’s job—as I once heard Paula Fox say—”is to imagine the truth.”  As a boy I had my own group of friends. As for groupthink, I suppose there was some of that. To the extent I have written about such situations, other than The Button War it may be found in my novel, Catch You Later, Traitor.

RGC: While Patryk is fond of his parents, they maintain a low profile in the story. Why is that?

Avi: The world of children is often an alternate, if parallel, world to the lives of their parents. As a parent of six kids, I understand very well that believing you know everything about your child’s life is simply naive. There are many, many influences on children; benign, helpful, and negative. As a parent of adult children, it is sometimes amazing and sobering when they tell you of things that happened to them, by them as kids, about which you never knew. But then, there are many things your children don’t know about you and for the same reason: you don’t want to tell them.

RGC: By cutting buttons off soldiers’ coats, the boys commit a small, inadvertent act of rebellion. While a missing button may not heavily impair a soldier, the stealing of buttons could be considered a small act of sabotage. Why don’t the boys consider these implications until it is too late? Does their ambivalence to the war that is slowly enveloping their existences have a deeper root, or does it merely show their youth and ignorance?

Avi: I’m not so sure the taking of the buttons is an act of rebellion. It starts as a game, albeit a competitive game. It seems fun. I can recall one of my kids (he was about ten) telling me that “Life is just about having fun.” That the boys don’t understand the implications is the story. Perhaps there are two basic stories in the world: One is about knowledge. The other is about ignorance.

RGC: The ending of The Button War leaves Patryk and his family on the road to an uncertain future. Is a sequel in store? Do you plan to write more historical fiction about the Great War in another novel?

Avi: No sequels in store.  No more novels about World War I in mind.

RGC: One of the most frightening scenes in the novel is at the end when Jurek stands atop the spigot wreckage in the center of the burning village and calls himself the King of Everything. Do you have any advice for people who find themselves trapped under tyrannical leadership like Jurek? Patryk longed to best him in the contest so that he could protect his friends from Jurek’s rule but ultimately failed. Is there any hope for protecting people in the world from these types of leaders?

Avi: Alas, resistance to tyranny might be referenced as the history of the world. It takes great courage by courageous people to resist.  We who are less can only give support-but we must do so.

RGC: As one of the poorest members of the village with only one sister as guardian, Jurek’s situation is lonely and sad. Yet, his disadvantages give him a hunger for power with destructive consequences. Is it a mistake for readers to sympathize with Jurek, since he becomes a murdering villain by the novel’s end?

Avi: Violence, I believe, is begat by poverty, ignorance, and marginalization.  If we turn our backs on those that are in need, they will strike out at those that have. When we create victims, we become their victims.

Read more about The Button War and find other great author interviews on the Reading Group Choices blog!