Madhuri Vijay discusses her debut novel The Far Field, the intersection of character and world events, living in Kashmir, and more.

Even before The New York Times Book Review, New Yorker, and Washington Post gave it glowing reviews. Or before it became an Indies Introduce pick, an IndieNext selection, a Barnes and Noble Discover Great New Writers selection, an Amazon Best Book of the Month… Even before the accolades, Reading Group Choices was ready to read this debut novel. And we were lucky enough to have Madhuri Vijay answer a few questions for us!

Reading Group Choices: How did you choose the point of view for the novel?

Madhuri Vijay: In the first draft of the novel, I experimented with various points of view and different characters, but none of them succeeded in holding my interest. In retrospect, I think this was because I was trying to write the kind of book I thought people wanted to read, a book with easily likeable characters and safely predictable events. As a result, I began to dread sitting down to work each day and ended up throwing out the entire draft. 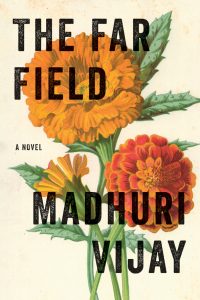 It was only when I began to write in Shalini’s voice that I felt any excitement about the novel again. She was unpredictable and difficult, she seemed to want many contrary things at once, and, moreover, she demanded of me, as a writer, a degree of sustained compassion and discernment of which I honestly didn’t know if I was capable. The sheer challenge of writing from the point of view of such a prickly character combined with the constant threat of failure—those were the things that goaded me on through the years it took to write the novel.

RGC: Shalini seems unaware of her own privilege for most of the book. By the end she seems to have a new understanding, but how do you see any consciousness of her privilege effecting her future decisions?

MV: I am loath to project futures onto any of my fictional characters, although I think to reduce Shalini’s position to one of mere “privilege” is to inflict an overly-simplistic reading onto an enormously complicated human being. Perhaps it would be more accurate to say that by the end of the novel, Shalini has come to realize that there will never be any escape for her. She has no choice but to live with the guilt of her mistake, without excuse and without evasion, for the rest of her life, and it seems impossible that such brutal self-knowledge would not, in turn, affect her future decisions. What those decisions might be, however, I will not venture to guess.

RGC: Was there a pre-existing connection between Shalini’s mom and Bashir Ahmed? Was there a certain groundedness in his presence because he was of a similar caste?

MV: The connection between Shalini’s mother and Bashir Ahmed is as sudden and inexplicable as any affection that develops between two relative strangers. He is immediately unusual in that he doesn’t seem afraid of her sarcasm, and, if I had to guess, I’d say she is both intrigued by him and slightly annoyed that she is unable to wield the same power over him that she does over most people who enter her orbit. To my mind, that is as much of an initial connection as is necessary for their relationship to develop. As for caste, Bashir Ahmed is Muslim and Shalini’s mother is Hindu, so there is no question of them being from similar castes. The Hindu caste system is separate from Muslim societal structures, which have their own divisions and hierarchies.

RGC: Was your initial motivation in writing the book to share the stories of the Pakistani and Indian border, or did you start with the idea of a young woman on a journey? 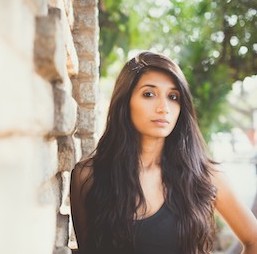 MV: In making reference to larger geopolitical events, I never wanted to lose sight of the fact that the novel was, first and foremost, a story about an individual, in this case, Shalini. More than that, I was interested in was how such an individual might, in reality, experience those larger geopolitical events. Put another way: What are tangible points of contact between a person and that nebulous thing we call a country?

To Shalini, as to many well-meaning but politically disengaged people, geopolitical events are abstractions she has read about in her school history textbooks, but which feel as though they have little or nothing to do with her world. As far as she’s concerned, her world is her mother, father, and her life in Bangalore (and, later on, Bashir Ahmed, Amina, Riyaz, Mohammad Din and Sania). My job was to filter these massive geopolitical facts—Kashmir, India, riots, borders, militancy, army operations—into the human figures she encounters, without falling into the trap of characters-as-mouthpieces or artificial political contextualizing. I make no claims to have succeeded on either count, but I was certainly aware of the pitfalls.

RGC: You lived in both locations that Shalini lived in. Can you share a specific detail – sensory detail, object, something from day to day living – that you find important to your experience in each place?

MV: I was born and raised in Bangalore, so to choose a single sensory detail that encapsulates my entire experience there is nearly impossible. That said, I’ll choose the somnolence of rainy, monsoon afternoons when the only sensible thing to do is take a nap. In Kashmir, I used to wake early to write, and the first thing I did each morning was pour myself a cup of hot, sweet tea and drink it on a balcony that overlooked the Zanskar range of the Himalayas. I have rarely felt the kind of peace and singularity of purpose I felt on those mornings. 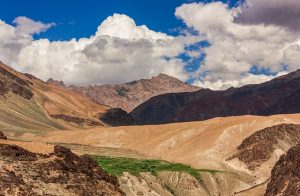 RGC: What do you miss most about “living” in this book while you were writing it? What do you not miss as much?

MV: I miss the landscape of the novel, especially the Kashmir portions. Once I was no longer living in Kashmir, editing and re-editing the book was a way to walk those mountain paths again, to see the smoke rise from chimneys at dusk, to hear the hissing of the corn. But the adage about familiarity and contempt holds true, and I am, on the whole, very happy to leave the people in the novel behind; there is nothing more I can do for them.

RGC: What has been a question or two that have come up at events or in interviews that stuck with you afterwards and possibly made you even think differently about something related to the book?

MV: The best question came from Sarah, a senior at my alma mater, Lawrence University. She asked whether I thought there was something inherent in Shalini that doomed her to make the mistakes she made. Did she really have a choice or were her mistakes inevitable? The question was unsettling in the most lucrative of ways, because it forced me to assess the novel anew, to gauge whether there might have been forces at play of which I was unaware while writing it. I began thinking about notions of fate and character as they operate, say, in Greek tragedy, the impossibility of teasing one from the other. I still haven’t arrived at any manner of conclusion, but Sarah’s question enriched the novel for me, and I’m grateful to her for that.

RGC: Thank you for taking the time to answer our questions! We look forward to seeing what you write next!

Read more about The Far Field, and find other great author interviews on the Reading Group Choices blog!