The loss of home and environment is keenly present in Migrations, the debut novel for adults by Charlotte McConaghy.

This tale of a woman with a tortured past in pursuit of a disappearing species gives readers and book groups much to discuss about finding home in a changing world.

Franny Stone, the protagonist of Migrations, feels drawn again and again to the sea. Eternally restless, she follows where her passions lead her, whether sneaking into university lectures given by her yet-to-be future husband, Niall, or off across Ireland in search of her family’s roots. But now she’s on a mission. She is determined to follow the Arctic tern as it makes its migration south from Greenland to the Antarctic. This journey is all the more important for a simple reason: it’s likely their last. 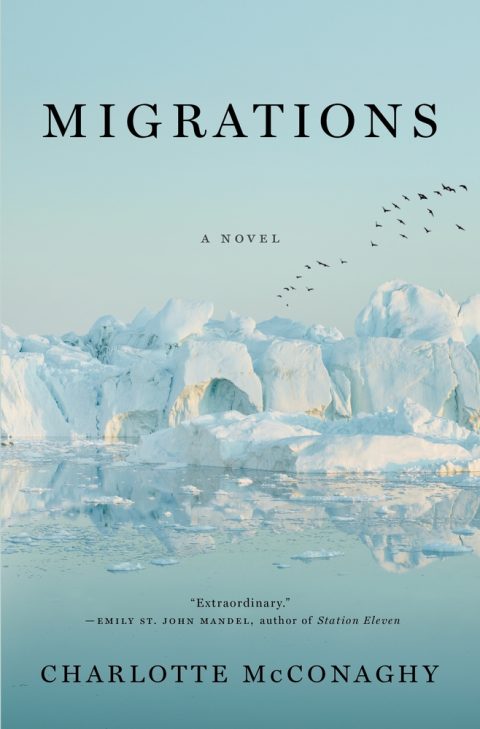 The tern has the longest migratory journey of any animal, racking up enough miles in a lifetime to travel to the moon and back three times. They’re also disappearing because their source of food is being depleted. Climate change and over-harvesting have led to a growing absence of fish.

Franny will do anything to follow the birds, and she convinces a reluctant sea captain, Ennis Malone, to take her aboard his ship, the Saghani. Ennis has a goal of his own: to find the fabled “Golden Catch”, a massive haul of fish like what used to occur in former times. So begins the story of a dangerous and possibly doomed journey.

The terns aren’t the only creatures in flight. Franny has a dark past that slowly begins to reveal itself. The night terrors that threaten herself and her husband. The daily violence during a stint in prison for a crime she may or may not have committed. And a search for her own roots, for the mother who disappeared when Franny was only a child, to connect the lines between her upbringing in Ireland and Australia. 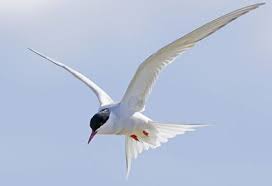 It’s no surprise that the Saghani is full of characters with shadows in their pasts. The crew includes Samuel, who quotes poetry and has an epic number of children waiting for his return; and Léa, superstitious and volatile; and of course Ennis, who most closely matches Fanny in terms of ambition and secrets. They carry traumas best left forgotten, far from home or in search of one. All respond to the pull of the sea and the only livelihoods they have known. And some will face a reckoning with their decisions, as inevitable as the changing climate.

Migrations is a book for our ecological times, directly addressing the controversies and complexities of the state of the planet and the life that inhabits it. Fanny straddles both sides of the environmental debate, as a conservationist and also as part of a fishing crew, whose livelihoods depend on a dying industry. Book clubs are asked to consider their own stances, and also discuss how effectively novels about the climate crisis can carry a message. 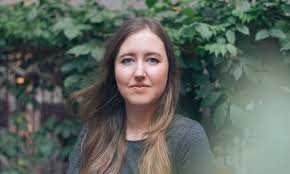 The topics of discussion also move beyond current events. Fanny and the crew present opportunities to question what it means to have a home, or be without one. Readers can explore what they know about their own origins and the challenges of finding home as the world changes. In a novel populated by characters who, willingly or not, are left adrift, the title becomes much more than a simple definition.

Most notably, the novel places its humans on an animal scale. These characters feel endangered, the creatures just as close to losing their larger home, this environment, as the Arctic terns. And readers of Charlotte McConaghy’s novel will ultimately be asked to think about what happens when we have nowhere left to go.

Discover more and find discussion questions for Migrations for your next group meeting!