Every season has its reader (we offered up some summer picks here!), but autumn holds a special place in the heart for readers. Reading Group Choices presents this list of books to read by a fire. After the back-to-school madness, the falling temperature allows us to pull up our favorite blankets, turn off our phones, and spend a long evening in the pages of a book.

Classics, mysteries, and reflections on passing time: these titles capture the essence of fall. Build a cozy fire and thank the chilly weather for giving you a reason to stay indoors!

A Dying Fall by Elly Griffiths 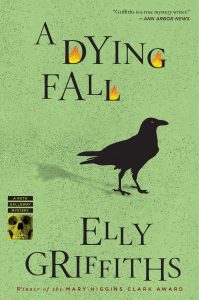 When Ruth Galloway learns that her old university friend Dan Golding has died in a house fire, she is shocked and saddened. But when she receives a letter that Dan had written just before he died, her sadness turns to suspicion. The letter tells of a great archaeological discovery. Was Dan’s death linked to his find? The only clue is his mention of the Raven King, an ancient name for King Arthur. When she arrives in Lancashire, Ruth discovers that the bones reveal a shocking fact, and begins to feel as if no one is safe. 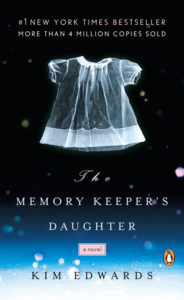 This stunning novel begins on a winter night in 1964, when a blizzard forces Dr. David Henry to deliver his own twins. His son, born first, arrives perfectly healthy, but the doctor immediately recognizes that his daughter has Down’s syndrome. For motives he tells himself are good, he makes a split-second decision that will haunt all their lives forever. He asks his nurse, Caroline, to take the baby away to an institution. Instead, she disappears into another city to raise the child as her own. Compulsively readable and deeply moving, The Memory Keeper’s Daughter is a brilliantly crafted story of parallel lives, familial secrets, and the redemptive power of love. 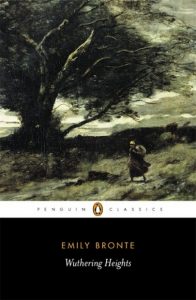 Over a hundred and fifty years after its initial publication, Emily Brontë’s turbulent portrayal of two northern English households nearly destroyed by violent passions continues to provoke and fascinate readers. Heathcliff remains one of the best-known characters in the English novel. And Catherine Earnshaw’s impossible choice between two rivals retains its appeal for contemporary readers. The novel’s highly ambivalent representations of domesticity, its famous reticence about its characters and their actions, its formal features as a story within a story, and the mystery of Heathcliff’s origins. All provide material for discussion at every level. 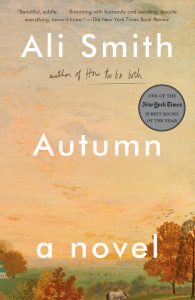 Two old friends—Daniel, a centenarian, and Elisabeth, born in 1984—look to both the future and the past. The United Kingdom stands divided by a historic, once-in-a-generation summer. Love won, love lost. Hope rests hand-in-hand with hopelessness. The seasons roll round, as ever. A luminous meditation on the meaning of richness and harvest and worth, Autumn serves as the first installment of Ali Smith’s Seasonal quartet. And it casts an eye over our own time: Who are we? What are we made of? Wide-ranging in time-scale and light-footed through histories, Autumn presents an unforgettable story about aging and time and love. 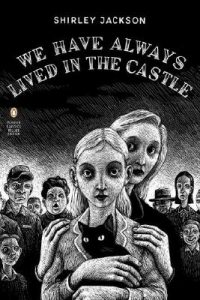 We Have Always Lived in the Castle by Shirley Jackson

Shirley Jackson’s beloved gothic tale of a peculiar girl named Merricat and her family’s dark secret. Taking readers deep into a labyrinth of dark neurosis, We Have Always Lived in the Castle is a deliciously unsettling novel about a perverse, isolated, and possibly murderous family. And the struggle that ensues when a cousin arrives at their estate. 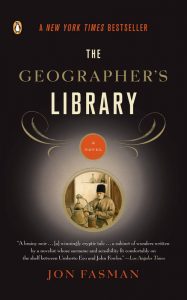 The Geographer’s Library by Jon Fasman

Jon Fasman’s dizzyingly plotted intellectual thriller suggests a marriage between Dan Brown and Donna Tartt. Reporter Paul Tomm investigates the mysterious death of a reclusive academic. But he finds himself pursuing leads that date back to the twelfth century and the theft of alchemical instruments from the geographer of the Sicilian court. Now someone is trying to retrieve them. The novel intersperses the present action with stories of the men and women who came to possess those charmed—and sometimes cursed—artifacts. A deft combination of history, magic, suspense, and romance makes The Geographer’s Library irresistible.

Looking for more inspiration about what to read? Check out our list of books with a magical touch or books featuring letters!