Give yourself one afternoon…

The holiday season can be full of hustle and bustle. With so many gatherings to attend and items to cross off your to-do list, it can be difficult to carve out time to read a lengthy book. (Even though the wintry weather makes it so tempting to snuggle up with a good read by a fire!) How can you fit your reading fix into your busy schedule? Reading Group Choices has compiled a list of books that a motivated reader can finish in one sitting.

Page turners, short novels, young adult: even if you only get one morning or afternoon to yourself, take a break with one of these titles this holiday season! You’ll still have time for those celebrations… 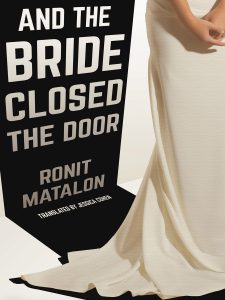 And the Bride Closed the Door by Ronit Matalon

A young bride shuts herself up in a bedroom on her wedding day, refusing to get married. In this moving and humorous look at contemporary Israel and the chaotic ups and downs of love everywhere, her family gathers outside the locked door, not knowing what to do. Is this merely a case of cold feet? A feminist statement? This provocative and highly entertaining novel lingers long after its final page. 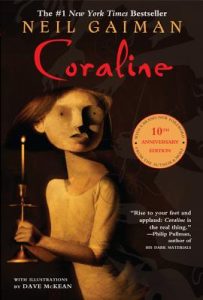 Neil Gaiman’s Coraline transports readers to another world filled with excitement and terror when its eponymous protagonist finds a small door in her house. This door leads Coraline to a fantastical version of her own house with another mother and father, whose sole desire is that Coraline choose to stay with them forever. This choice comes with one obligation, however: Coraline must sew buttons over her eyes and forsake her old world completely. As Coraline struggles to outsmart her other parents, this book will keep your attention until the very end. 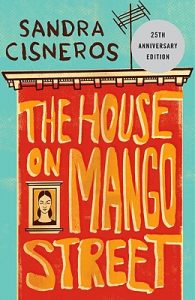 The House on Mango Street by Sandra Cisneros

This bright, lovely novel, composed of short 1-4 page vignettes each labeled with an exquisite title, maintains a reader’s focus through depth rather than breadth. Sandra Cisneros gathered inspiration for The House on Mango Street from her experiences growing up and teaching in Chicago. This critically-acclaimed read follows the young girl Esperanza as she comes of age in a Latino neighborhood, chronicling mishaps and adventures as well as painful tragedies. Cisneros’ beautiful prose and imaginative storytelling will not let you tear your eyes from the page. 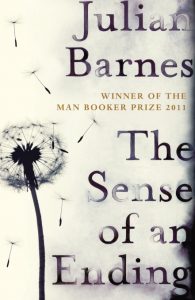 The Sense of an Ending by Julian Barnes

This intense novel follows Tony Webster, a middle-aged man, as he contends with a past he never thought much about. Not until his closest childhood friends return with a vengeance. One of them from the grave, another maddeningly present. Tony thought he left this all behind as he built a life for himself, and his career has provided him with a secure retirement and an amicable relationship with his ex-wife and daughter, who now has a family of her own. But when he is presented with a mysterious legacy, he is forced to revise his estimation of his own nature and place in the world. 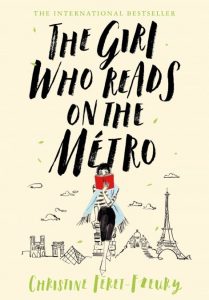 The Girl Who Reads on the Metro by Christine Féret-Fleury

For fans of Amélie and The Little Paris Bookshop! A modern fairytale about a French woman whose life turns upside down when she meets a reclusive bookseller and his young daughter. Juliette leads a perfectly ordinary life in Paris. The only bright spots in her day are her métro rides across the city and the stories she dreams up about the strangers. One morning, Juliette finds herself on a new block, in front of a rusty gate wedged open with a book. Unable to resist, she walks through, into the bizarre and enchanting lives of Soliman and his young daughter, Zaide. 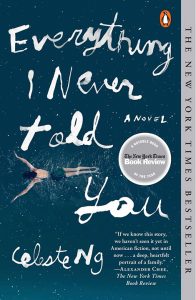 Everything I Never Told You by Celeste Ng

Winner of numerous Best Book of the Year awards and a gripping page turner. Celeste Ng’s debut novel follows the story of a Chinese American family set in a small town in Ohio. After their cherished daughter Lydia is found dead in a nearby lake, the Lee family attempts to confront the truth about their family as everything they thought they knew falls apart. This heart-rending account of a family trying to come to terms with the ways in which they’ve misunderstood each other will captivate you from cover to cover. 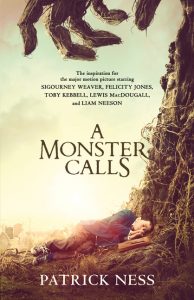 A Monster Calls by Patrick Ness

A Monster Calls chronicles a serious, moving story that resonates with harsh, true-life events. When young Conor wakes up to find a monster outside his house, he must confront the truth of his circumstances and come to terms with his mother’s severe illness. Written and elaborated by Patrick Ness, the idea for A Monster Calls came from author Siobhan Dowd, who died of cancer before she could finish the book. Prepare to cry tears of joy and sadness when you tackle this novel. Its emotional story will inspire you and enrapture you.

For more reading suggestions, check out other themed book lists on the Reading Group Choices blog!