Author Natalie Jenner talks about her debut novel The Jane Austen Society, about an unlikely group of Austen readers who unite to save her historic home.

For her interview with Reading Group Choices, Natalie Jenner talks about literary pilgrimages, visiting Jane Austen’s residence, fascinating facts about the author you may not know, and which Austen novel is her current favorite…

Reading Group Choices: Adeline comments to Dr. Gray, as they notice tourists in front of the Austen cottage: “That someone could spin such stories from this: this walk, this lane, this little church.” Can you talk about how the ordinary becomes extraordinary, how the sights and sounds of our daily lives can become, if seen and captured a certain way, worthy of great literature? 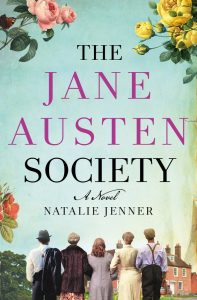 Natalie Jenner: Well, first I do believe it takes a great writer to make the rest of us see the very beauty in front of us that we so often miss while subsumed in the busyness of our daily lives. What in turn makes literature itself great, especially when it is based on the more ordinary aspects of our lives, is its ability to show universality. When an author like Jane Austen presents regular village life, full of regular people going about everyday things, and manages to elevate it to something so universal and lasting that it moves us centuries later, what she is really doing is using the very commonness of the sights and sounds of daily life to help us connect with the characters and their experiences, and not only is this worthy of great literature, I believe it is the foundation of it.

RGC: Several of the characters are on their second (or usually more) read of Austen’s novels. What pleasures do you take from re-reading, and which authors or books other than Austen do you return to?

NJ: The famous film director Howard Hawks once said that it takes three great scenes (and no bad ones!) to make a good movie—one that you will watch over and over again—but a book has to hold our attention for far longer than that. So, for me, the very thing I will encounter the most upon rereading—the language itself—is why I return to the page. I rush to meet favourite passages of description, to luxuriate in the poetry of the text now that I know how the actual plot will turn out. Also, certain authors’ language and style of writing is so perfect, that it calms me just to hear their “voice” inside my head. Next to Austen, I particularly love rereading Henry James and Edith Wharton, who like Austen are masterful in their control of language but in a very different, more elaborate and much more psychological way.

RGC: Adam Berwick is at times embarrassed for admitting that he reads Austen. And Mimi mentions during their first encounter that, “I would never judge anyone for what they read.” Can you talk in general about being embarrassed by reading tastes, whether it’s “high” or “low” literature, or males reading books aimed at female audiences and vice versa? Was there ever a time when you felt ashamed to admit a reading pleasure? 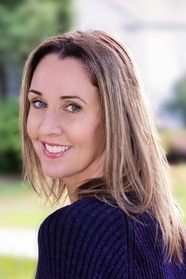 NJ: I love this question because one of the things my research into Austen showed me was the extent to which some of her earliest and most influential “fans” were indeed men, which runs contrary to modern culture’s portrayal of her as a woman’s writer due, in part, to her use of the marriage plot (a very common literary device 200 years ago for both male and female authors). I think, in retrospect, this is one reason why I very much wanted the eight main characters in my own book to be evenly split between men and women, so that I could reflect the historically strong male response to her writing. I myself have never been ashamed to admit any kind of reading pleasure because I have extremely eclectic tastes, which may stem from coming of age in the late 70s and witnessing the seismic rise of Roots, Jaws, Shogun, The Shining, The Thorn Birds—all these great, seminal books of their respective genres, that every summer you would catch every parent reading in a lawn chair. There is nothing better than a fat, juicy book you can’t put down.

RGC: What readerly societies do you belong to (this can mean whatever you like!)? Or if you created one around a particular author, whom would it honor, and who among your family or friends would be members?

NJ: In my case, the idea of a readerly society means the very special group of writer friends I recently made through social media. Called the 2020 Debuts, we are constantly sending each other advance copies of our work. I have to say, reading books before they are widely available is truly one of the great highlights and perks of becoming a published author. It has opened me up to so many genres that I had been missing out on, particularly fantasy, thrillers and romance, and has helped break down my own biases and barriers when it comes to reading. 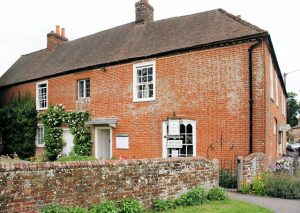 NJ: I honestly put all of them in my book: the stile at the back of the St. Nicholas churchyard, through which I caught my first real glimpse of the Great House, now known as Chawton House, and the huge towering hedges clipped into cylinders that mark its approach; the massive curtain-covered window seats in the dining room (where I once managed to grab half an hour alone, to read Austen, naturally!); the stained glass windows on the second floor where the character of Frances first came to life, sitting there spying on Dr. Gray and Adeline in the courtyard below. And I love everything about the Austen cottage, now called the Jane Austen’s House Museum, but I particularly love the front dining parlour and how you can look out the very window where Austen herself sat and wrote, and see the entire world of modern Chawton pass by. That view always makes me feel so close to Austen and her “author’s eye.”

RGC: What literary pilgrimage have you not taken yet, but most want to take?

NJ: Well, I have tried twice in my life to walk on the Yorkshire Moors in England and see the ruins of the rumoured Wuthering Heights, and both times I have massively failed! The first time was thirty years ago as an undergraduate student abroad, when I had no time left after touring the incredible Bronte Parsonage Museum to make the journey into the flat hills above. Most recently, I returned with my now-university-age daughter who was fighting a terrible chest cold from our travels, and this time the weather on the Moors was so stormy and prohibitive (it really is such a high, exposed spot in the world, and you really do feel sometimes as if you are about to get blown over!), that we had to give up and take shelter in a nearby pub. I am hoping that the third time’s the charm!

RGC: The quick pace of Hollywood and financial dealings of Jack Leonard stand in contrast to the slower life and sense of heritage in Chawton. Can you discuss the benefits of traditions and lineage, even when today’s world threatens to make them seem obsolete? And share thoughts about the balance between tourism and the preservation of surrounding communities? 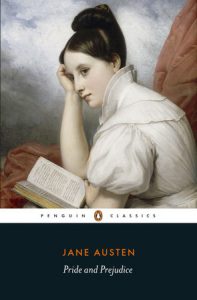 NJ: I guess I have a healthy trust in countries and cultures not erring in over-preserving: I have yet to travel anywhere in the world and see something that I thought, “now that was a waste of money to hold onto.” Even worse, if you lose an historically important building or collection of some kind, it is pretty much impossible to ever get it back; this risk of loss is something that the fictional society in my book must grapple with at one point, and is one of the key reasons I personally believe in fairly aggressive historical preservation. Although the benefits of preservation suffer in modern culture for being very intangible, in the long run we know for a fact that it is so often the past (written history, old buildings, physical artifacts) that lights the spark for future artists, movers and thinkers. When it comes to balancing tourism and the surrounding communities, this tension is exactly what my book explores: I have no easy answers, but I always look to the UK where charitable institutions such as the National Trust and English Heritage take a macro, collective, and informed look at properties in need of preservation.

RGC: There’s pleasure in seeing how, when it comes to love, characters like Dr. Gray are just as blind as the characters in Austen. Did you have a sense from the beginning of who would be paired with whom by the end of the book?

NJ: When I start a first draft, I never know what the next sentence is going to be until I type it, let alone what romances or friendships might also transpire. But I will say that, with two of the couples, I knew pretty soon within their first scene together that they would end up in love. My characters appear to me fully formed on the page, both in terms of appearance and personality, so as they engage with others, I start to pick up on strange and unexpected vibes that I then want to explore. In this way, my characters truly do drive the plot of my novels. This sounds very “voodoo” to say out loud here, but it’s true!

RGC: What fact about Austen or her work do you believe is the most fascinating for readers who have read her novels but are unfamiliar with her life?

NJ: The fact that she went fairly radio silent with her writing for a good chunk of her life, from approximately 1801 until 1809, while she and her parents and sister moved about between lodgings following her father’s retirement and eventual death, and that the minute Austen moved into that cottage in Chawton, she suddenly churned out a book a year until her incredibly tragic early death in 1817. Imagine hitting some kind of writer’s block, willingly or not, and then sitting down at that little table by the window and, year after year, producing final versions for publication in 1811 and 1812 of Sense and Sensibility and Pride and Prejudice respectively, and then generating from scratch Mansfield Park in 1813, Emma by early 1815, and Persuasion in 1816. I don’t know if there is a tighter time-frame for so many masterpieces in all of literature. 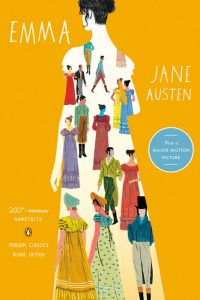 RGC: Which novel do you recommend for readers who are new to Austen? And which is your current favorite?

NJ: Always start with Pride and Prejudice first, if you can: it is very fresh to modern eyes, with a lot of dialogue-heavy scenes, and I find it the funniest of all her books. The words “current favourite” are very apt, because I love different books of Austen’s at different times in my own life. Right now I am fascinated with Emma again, partly because of the recent sumptuous film, but also because it is the most intricately and expertly plotted of her books, and the one that repays the act of rereading the most—there is not an unnecessary happening in Emma even though, on the surface, it is full of many of the most unnecessary happenings you could ever find in a book. That was something I wanted to convey and, frankly, strongarm with my own book: the deceptive genius of Emma and how anyone unimpressed upon first reading simply must give it another try. Everything that is happening in Emma is happening around the events of the plot, and part of the magic is in trying to figure out how she pulled that all off.

Read more about The Jane Austen Society, including an excerpt, and find other great author interviews on our blog!