For her interview with Reading Group Choices, Tracey Garvis Graves discusses her path as a writer, exploring a character with autism, and what makes romance and relationships work…

Reading Group Choices: The story shifts back and forth in time from 1991 to 2001. Annika and Jonathan both reflect on how they are not the people they used to be, something readers can all relate to on some level. What sort of person were you ten years ago versus now, either in general or specifically as a writer? 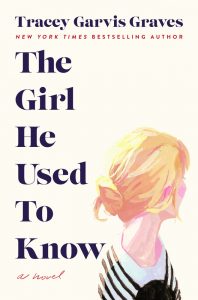 Tracey Garvis Graves: I’ve actually been reflecting on this question quite a bit over the last few weeks as the current decade marched toward its final days. At the end of 2009, I couldn’t get the idea of trying to write a novel out of my head. For the previous ten years, I had been a stay-at-home-mom starting with the birth of my son in 1999 (his sister came along in 2002). I went back to work in 2009 because they were now both in school, but I distinctly remember feeling as though I needed something more. Something just for myself outside of being a wife, mother, and employee.

I started getting up at 5:00am and I wrote my debut novel, On the Island, from 5:30-7:00 every morning before heading off to my day job. It was truly the most joyous thing I’d ever done. That novel was published in 2011 and I was able to turn writing into my full-time job in 2012. I was 43 years old. And now, at the end of 2019, one child has already left the nest and the other will be doing the same in less than two years. I am now the author of 8 published titles and I’m working on number 9. When I look back on all that change, it makes me so excited for the future because I can’t wait to see what the next 10 years will bring.

RGC: The relationships in the book let us see the various ways love and attraction strike people differently, whether it’s Annika and Jonathan, their past relationships with Ryan and Liz, or Janice and Joe. Can you talk about how you work with your characters and find out who’s compatible (and who isn’t)? Does a spark or a fizzle between characters sometimes surprise you?

TGG: One of my very favorite things about writing contemporary fiction (or romantic women’s fiction as I often refer to my work) is that relationships play such a huge part. I love examining all of the aspects of a character, including their individual characteristics and idiosyncrasies. Plot reveals character, so my characters’ actions help me figure out what drives them, what their strengths and flaws are, and if they’re compatible with others. If they aren’t compatible, I can turn them into antagonists (Ryan and Jake are both good examples of this). 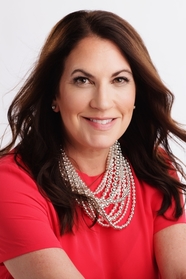 RGC: Certain chapters are told from Jonathan’s perspective, and we get a first-hand experience of his sensitivity to Annika and her needs, and the vulnerability he carries from his divorce. What differences exist in how you approach male versus female characters?

TGG: My biggest concern when developing male characters is that I’m going to portray them—not like an actual male character—but what a female thinks a male should act like. It’s not unheard of for me to grill the men in my life for their perspective. I do like showing vulnerability in my male characters because I know it’s something that is realistically present in everyone regardless of whether they’re a man or a woman. It’s human nature to have periods of time where we don’t feel good about ourselves or we second-guess our choices. I feel like if I can dig a little bit deeper into these issues it helps me paint a character with more depth. I don’t want to just skim the surface. Showing their vulnerabilities, regardless if they’re male or female, is what makes them human and makes us empathize with them.

RGC: The episode of bullying in seventh grade is a key moment for Annika, and convinces her mother to choose homeschooling. What thoughts do you have about the effects of bullying on girls, especially for individuals with social challenges?

TGG: I’m so lucky that neither of my children were tormented by bullying although they both dealt with the normal ups and downs of friendships, etc. I am truly saddened by the amount of bullying going on in our schools these days. I feel that any child who is being bullied at school is lucky if they have parents who listen and put their safety and mental well-being first, even if it means homeschooling or taking classes online.

I just can’t imagine the pain of going to school every day and knowing that your life is going to be miserable for the whole time you are there. Individuals with challenges of any kind already have a harder time of it and there is absolutely no reason why they should be subjected to bullying on top of it. It breaks my heart. The scene where Annika flashes back to the day she was physically bullied was very difficult to write. It was one more reason I loved Annika’s mother so much. She listened to her daughter and she protected her.

RGC: Annika says about Janice, her college roommate turned life-long friend: “Living with her had been like a crash course in how to be normal.” Yet the qualities that Annika considers abnormal are the same ones that make her a vivid, lovable partner to Jonathan and to readers. How did Annika arrive to you, and what was your own relationship to her as she developed on the page? 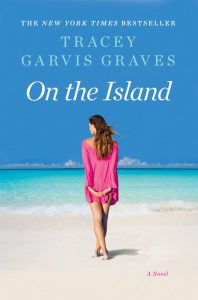 TGG: When I first began outlining the story and thinking about the characters who would be telling it, Annika was more of a bohemian type who didn’t fit in with Jonathan’s wealthy frat boy image. She didn’t care about money and preferred books and animals over people. Jonathan had big aspirations and wanted to earn a lot of money (and have the perfect wife on his arm). But as I went on, that didn’t interest or excite me in any way. Frankly, it’s a story that’s been told many times before. But then one day I thought, ‘What if Annika doesn’t change because she can’t. And what if Jonathan accepts her and falls in love with her just the way she is?” That was the story I was burning to write. As I spent more time with Annika, she became the underdog I desperately wanted to champion.

RGC: Comments about being “on the spectrum” are often used casually, without being sensitive to individuals who have social challenges or the real risks that can come with autism. In what ways was capturing this way of being in the world a motivation for Annika and the book?

TGG: I was very worried about portraying Annika with the utmost sensitivity and awareness. I wanted readers to see all the gifts she brought to her relationships and how many extra steps it required for her to just be. I also wanted to make sure that Annika was given a voice and the chance to explain that being on the spectrum was not something she could just turn on and off. She didn’t have the ability to do that because of the way her brain was wired. Life was a daily struggle for her and she desperately wished for understanding and empathy from others, and to be loved by someone. Jonathan became that person for her, that safe harbor she’d always wished for. I know it sounds odd, but Jonathan and Annika became very real characters to me.

RGC: A lot of readers can relate to Annika’s desire to be surrounded by books and her pleasure in solitude — yet also her loneliness. As a writer, can you talk about those competing desires, if they exist for you?

TGG: I am definitely the stereotypical introverted writer. I need quiet and solitude and peace for my creative brain to function at its best. I don’t listen to music when I write. I can’t have the TV on. I don’t like anyone in the room with me which is why I never write at coffee shops. I’m happiest when one of my two cats are cuddled up next to me and there’s a fire in the fireplace. But unlike Annika, I have plenty of people who want to be around me all the time, so I’m lucky that I have the best of both worlds. I will say that my friends sometime wonder why I’ll pass up on a night out in favor of staying home. But home is where I’m truly content. That being said, I love going on book tours. It’s a nice change of pace after being holed up inside my own little world, creating. 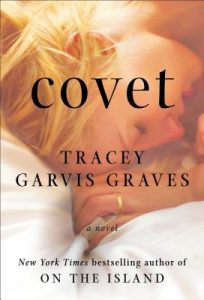 RGC: Having written a number of novels about relationships and romance, what new insights did The Girl He Used to Know bring you about the subject?

TGG: I had never really done a deep dive into a relationship that had so many obstacles before. Yes, I had T.J. and Anna from On the Island, and that relationship had many, many seemingly insurmountable things to overcome. But The Girl He Used to Know was a much more realistic situation. I really had to put myself in both Annika’s and Jonathan’s shoes and that was not easy at all. I also had to explore how Jonathan and Annika brought issues from their past relationship into the present and then figure out how they would overcome them. This was just a really hard book to write, but I grew a lot as a writer. I try to learn something new with every single book I write.

Visit Tracey Garvis Graves’ website to read more about her novels, and discover other great author interviews on the Reading Group Choices blog!