Books with amazing cover art (whose stories are equally beautiful)…

The old adage ‘Never judge a book by its cover’ has some wisdom, yet readers are often first attracted to a book’s cover when browsing the shelves at a library or bookstore. Covers can tell a reader a lot about a book’s story, but they can also be works of art by themselves. Sometimes, a book with a beautiful story is encased by an equally beautiful cover design—a delight for both the eyes and the mind! Reading Group Choices has selected a list of books with gorgeous covers and beautiful stories to match. 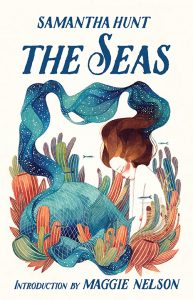 The Seas by Samantha Hunt

Winner of the National Book Foundation award, The Seas shows a forlorn mermaid on its cover whose hair seems to merge with the water. The protagonist of this novel lives in a small, coastal town and has always believed that she is a mermaid. When she finds herself in love with an older man, she will have to use all of her powers to escape the societal barriers that confine her. Haunting and poetic, this book will stay with its readers long after they have turned the last page. 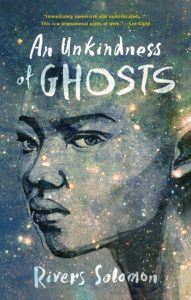 An Unkindness of Ghosts by Rivers Solomon

An oft-selected “Best Book of 2017” (according to NPR, The Guardian, Publisher’s Weekly, and more). An Unkindness of Ghosts is a remarkable science fiction debut by Rivers Solomon. The book’s cover features a sketch of the protagonist’s face, with an expression that is fierce yet determined, immersed in a sky full of brilliant stars. This cover art is telling, considering that Aster lives on a space vessel called the HSS Matilda. Passengers on the vessel are organized according to class and skin color. Though headed for a supposed Promised Land where the remnants of humanity can survive, Aster longs to change her life—and the lives of those like her—for the better by standing up to her oppressors. 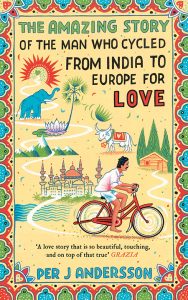 The cover of The Amazing Story of the Man Who Cycled from India to Europe for Love contains a dozen drawn elements—an elephant, mountains, a temple, and, of course, a man on a bicycle. This true story follows the journey of PK, a poor Indian who has been ostracized as an Intouchable, who meets the love of his life on the streets of New Delhi. The 7,000-mile journey that follows will surely melt any reader’s heart. 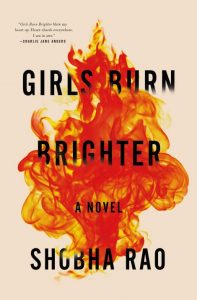 Another “Best Book of the Year” (according to The Washington Post, NPR, Shelf Awareness, and more). Girls Burn Brighter has a simple yet unforgettable cover: a roiling flame over black text. Rao’s debut novel encompasses the stories of two girls, Poornima and Savitha. Once Savitha comes to live with Poornima, the two become inseparable friends, until a horrible incident forces Savitha to leave. Afterward, Poornima risks everything and circles the world to find her friend. This novel about hope and the power of friendship will capture your attention as quickly as the fire on its cover. 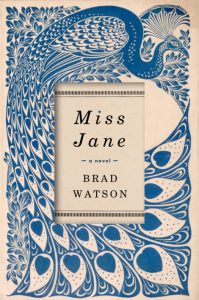 Longlisted for the National Book Award for Fiction, Miss Jane sports a cover with a resplendent blue peacock. The effect is as classy as it is mysterious. Inspired by the story of his great aunt, Watson delves into the story of Miss Jane Chisholm, a barren woman in 20th-century Mississippi. This story incorporates a deep sensitivity to nature. Jane feels this as she comes to terms with the world and her place in it as a free woman struggling against society’s constraints. 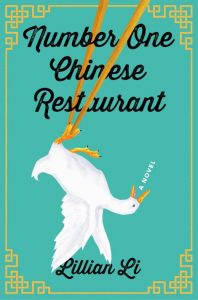 The cover of Number One Chinese Restaurant displays a brilliantly white duck, held precariously aloft by a pair of chopsticks. A fitting cover, considering that the family of this story is hanging on by a thread. The Beijing Duck House, a popular family-run Chinese restaurant in Duckville, Maryland, falls into chaos. A catastrophe threatens to destroy the delicate balance of family politics. The reader must ponder the ways in which family members can both help and sabotage one another, bringing up questions of aging and legacy. 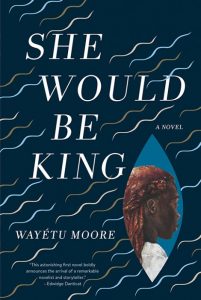 She Would Be King by Wayétu Moore

Wayétu Moore’s She Would Be King possesses a cover that appears to be in motion. Waves of three distinct covers move diagonally, while an opening reveals a girl on the bottom corner. Inspired by the early history of Liberia, this novel follows three characters, Gbessa, June Dey, and Norman Aragon. Their combined powers help them repair the relationship between the African American settlers and the indigenous tribes. Thoughtful and creative, this story teaches complex truths about one country’s and many people’s histories, making it an unforgettable read.

Looking for more great ideas for what to read? Check out Books to Read in One Sitting, our Best of the Best from 2019, or the other themed book lists on our blog!